I knew the risks, and I was fully aware of what I was doing, but the mother in me just could not leave two kids out in the rain. And there is this thing with COVID-19. In my mind, at that time, almost three months ago, on the streets of New York City, I was battling with leaving them alone or taking them with me. You know the answer to it now, I am assuming. Yes, I brought with me two teenage boys who could either hurt me or care for me. I just asked guidance from the Almighty since I told him that I wanted to help the boys. I was so sure that they needed me.

END_OF_DOCUMENT_TOKEN_TO_BE_REPLACED

What Am I Allowed To Ask?

Any cancer sufferer will tell you that it is not uncommon for relationships with friends and family to change after being diagnosed. The most important thing to remember is that your diagnosis affects those around you as well. It is also not uncommon for people close to you to go through the same emotions you will during this time and this often affects the dynamics of relationships.

A wise teacher in graduate school was fond of telling us burgeoning therapists,  “It’s not what you say to patients that’s important, it’s what you say next.” — Mindy Greenstein Ph.D.

Friends and family may experience a wave of different emotions, including sadness, fear, anxiety and more. These emotions play an intricate part in the dynamics of relationships and often result in family and friends masking these emotions which often results in strained the relationship. Not to mention that most often conversations are strained or even fleeting as people are not sure what topics to avoid or address.

The fear of adding more strain on already fragile relationships, the cancer sufferer tend to withdraw their own emotions from the equation in order to try to alleviate the stress on those around them. This means that they often overlook their own mental health and pretend that everything is fine in order to spare friends and family any further stress and pain.

Have You Spoken To A Stanger?

The impact of hearing the possibility of cancer was crippling, even at first. But once it was confirmed, in a matter of days my body began to fall apart as I lost the mental capacity to will myself to keep moving. — Maia Delmoor, MS, LPC, CAADC

“Before my diagnosis, I didn’t know anything about cancer. Now, I have met so many people with so many different kinds of cancer experiences—and I really go back to the idea that no one should ever have to go through cancer alone.” – Lloyd K., Cancer Experience Registry Participant

Holding back your emotions, whether you are the sufferer or a loved one will only be more detrimental to your mental health. There are a number of online communities and forums moderated by medical professionals and patients where one can address your fears, ask questions, and seek advice.

‘Stranger Chat’ will allow you to freely and without prejudice to ask questions, voice your fears and seek advice and guidance on how to deal with the conundrum of emotions you are experiencing.

There are so many different types of cancers, some you might recognize by name, and others you might not. The point is that cancer is cancer. Your diagnosis is no less scary or important as the next cancer patient. Your emotions and how you feel are no less important. You fears are no less real and you are allowed to feel these emotions.

According to the American Psychological Association, researchers have estimated that anywhere from 20 to 60 percent of cancer patients have symptoms of depression. Drastic changes in lifestyle and the fear and anxiety that accompany a chronic, sometimes fatal, disease can impact the emotional well being of the sturdiest of patients. — Jane Framingham, Ph.D.

There is a number of ways you can reach out and include family and friends in your diagnosis without these relationships being strained or stressful. Here are a few suggestions that might help in relieving some of the strain. 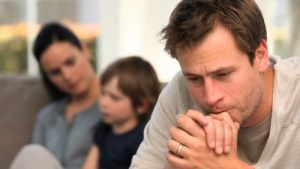 When my wife and I adopted our first child, we were aware, at least intellectually, that adoption was as much about loss as it was about being found. — Lawrence Rubin Ph.D, ABPP, LMHC, RPT-S 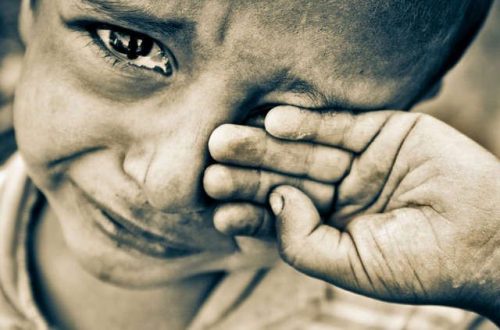 Living inside the foster care system is a lonely and complicated life. So, when a child gets adopted by an altruistic family, everyone expects a happy ending for the adoptee.

What everyone doesn’t realize is that adoption doesn’t necessarily mean a ‘happy ending’ for the adoptee. They may still carry the same fears that were developed during their stay in the foster care system. 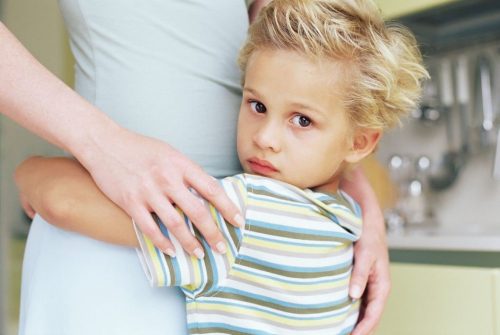 The moment a foster child has been removed from their biological parent’s company, the fear of separation has started their spur and grows. Studies have shown that separating a newborn from their mothers can have traumatic effects on both the mother and the child.

For example, placing the newborn in the nursery for nine months before returning the child to the mother can result in a lack of confidence and anxiety in the child. So, what more if the child is separated from the mother indefinitely?

Fear of separation is a rational fear that has started to develop from the moment the child has been placed in the foster care. It may also have developed through pregnancy with the influence of the mother’s feelings of unhappiness and not wanting the child.

Many of my clients often end up being adopted or placed in a therapeutic foster home with caregivers who have experience with psychiatric conditions. But some of these same families end up reporting that they are unable to further care for the child with severe mental or behavioral health challenges and “re-home” or place the child back into the foster care system. — Támara Hill, MS, NCC, CCTP, LPC 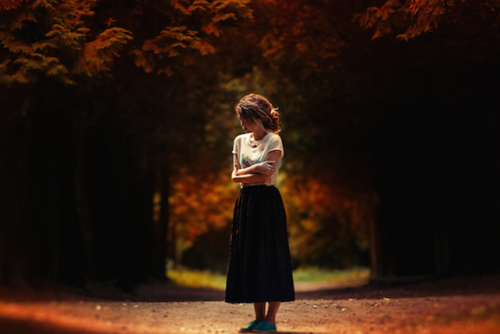 Along with the fear of separation, the fear of abandonment is developed in the early years of the child’s stay in the foster care system.

Leslie Johnson shared her feelings of being adopted in an article at the Huffington Post. She stated that her younger self has always believed that she might be abandoned, which caused her to develop separation anxiety.

Sadly, this question is answered by adoptees through searching for faults in themselves and believing that they can be abandoned again. 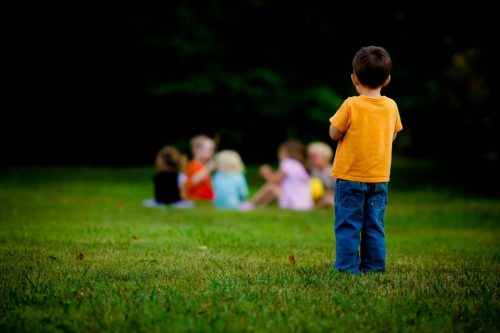 You can help your children to understand where they came from and be available to help them to frame and process the information in the most positive manner. — Jennifer Bliss Psy.D., LCSW

Finding the biological parents is a milestone of achievement for the adoptee as it would help them to search and to develop their true identity. Regardless, it is a journey that is filled with anxiety and a lot of uncertainty. 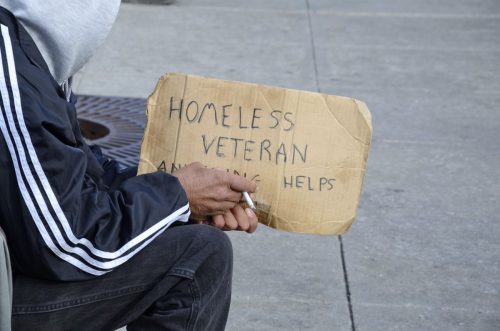 Based on reports and data from The National Coalition for Homeless Veterans, it is estimated that over 39,000 veterans are homeless on any given night.

Once a veteran gives his or her life over to combat, their life perspective, mind, and emotions change, sometimes for the worst. — Támara Hill, MS, NCC, CCTP, LPC

Who Are These Homeless Men And Women?

These are men and women that served in the American Armed forces during:

It is also estimated that nearly 50% of these homeless veterans served America during the Vietnam War.

A cohort study collecting data on 310,685 individuals who served in the military from 2005 to 2006 reported a five-year homeless incidence at 3.7 percent after leaving the military. That same study identified the strongest predictors of homelessness as military pay grade, substance abuse, and being diagnosed with a psychotic disorder. — Romeo Vitelli Ph.D.

Everyone Has Their Own Story 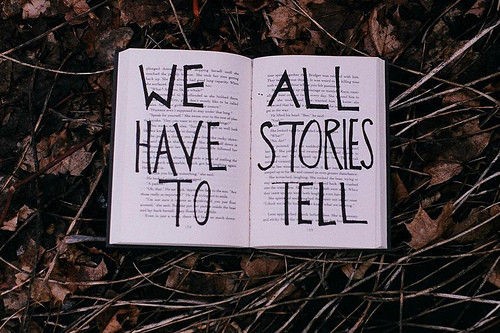 There are a number of reasons that influenced how these men and women end up being part of America’s homeless statistics. These include:

Each and every one of these men and women have their own story. Joe’s Story is one that will remind us that these people are soldiers who are proud. Many returned with physical and emotional wounds and rather battle the difficulty and challenges of being homeless than accept handouts.

Many PTSD symptoms are thought of as “typical” reactions to overwhelming events, but what separates a “typical” reaction from PTSD is the intensity and persistence of the symptoms; for example, they often get worse, rather than better with time. PTSD can severely interfere with normal life functioning such as the ability to hold down a job or maintain healthy relationships with friends and family, which can result in an increased risk of homelessness. — Robert T Muller Ph.D.

Let’s Not Forget Why We Should Remember Them

“Sitting in front of my fireplace, basking in it’s warm glow gives me time to reflect upon the sacrifices that it has taken for me to enjoy the security of a good home, in a safe environment. I can hear the soft whisper of the snow as it caresses my window and covers the ground outside in a scintillating display of sparkling lights under the full moon.

How many times have our service men and women watched this same scene from a foxhole, or camped in some remote part of the world. Thankful for the silence of that moment, knowing it won’t last long. Yes Virginia, there is a Santa Claus. He/she dresses in fatigues and patrols the world restlessly, ensuring that we can have this peaceful night.

Every day they give us the gift of this lifestyle that we enjoy, and every night they watch over us. They are warriors, angels, guardians, friends, brothers, fathers, mothers, sisters and brothers, forming a family that stretches back to the beginning of the country. So tonight when you go to bed say a prayer that God watch over those who watch over us, and thank them for their sacrifices, on and off the battlefield.

Pray that they have a peaceful night, and will be home soon with their families who also share their burden. Without them we would not have this moment.” ― Neil Leckman

What Can I Do?

Give these men and women a voice. Enquire about becoming a Veterans Advocate. 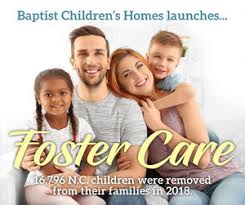